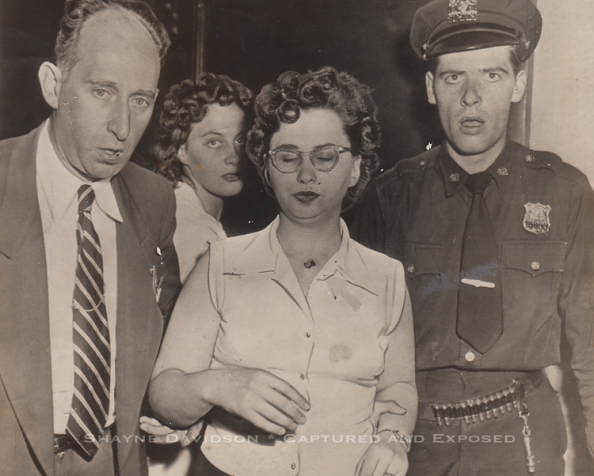 At 11:15 a.m. the prisoner, William Collon of 406 East 142d Street, the Bronx, was being led up a staircase from the detention pen by Patrolman Michael Murphy. The staircase leads into the courtroom, about fifteen feet from the bench. The landing is flanked on all sides by iron-grated doors. As the prisoner reached the landing he pushed open a door, climbed a three-foot-high ledge, opened a window that was eighteen inches wide and leaped, landing on 161st Street, near Third Avenue.

After 23-year-old Collon jumped 20 feet to the street below, all hell broke loose at the Bronx Borough Courthouse in New York City. Detective Jeremiah O’Connor heroically jumped on the window ledge in an attempt to grab Collon, but was unable to catch him. He fired his revolver three times, including a warning shot in the air. Detective David Wahl arrived at the window and fired six times. Patrolman Robert E. Lee (no kidding) leaned between the two detectives and fired twice. An unidentified detective in the street fired four shots.

Passersby on the street below scattered in fear when the shots rang out and shopkeepers took cover under their store counters. Patrolman Irving Resnick was standing in the street below the window. He seized a man running by him that he thought was the prisoner, but another nearby patrolman, James Coyle, shouted that he had the wrong man—Coyle had spotted Collon crouched behind a parked car a block away.

Fifteen shots were fired in less than a minute on the morning of Tuesday, July 1, 1952. The escaping prisoner was hit three times: in the spine, the elbow and the back. He was carried back to the courthouse and taken to the hospital where he was listed in critical condition. When asked why he jumped, he said he didn’t know. 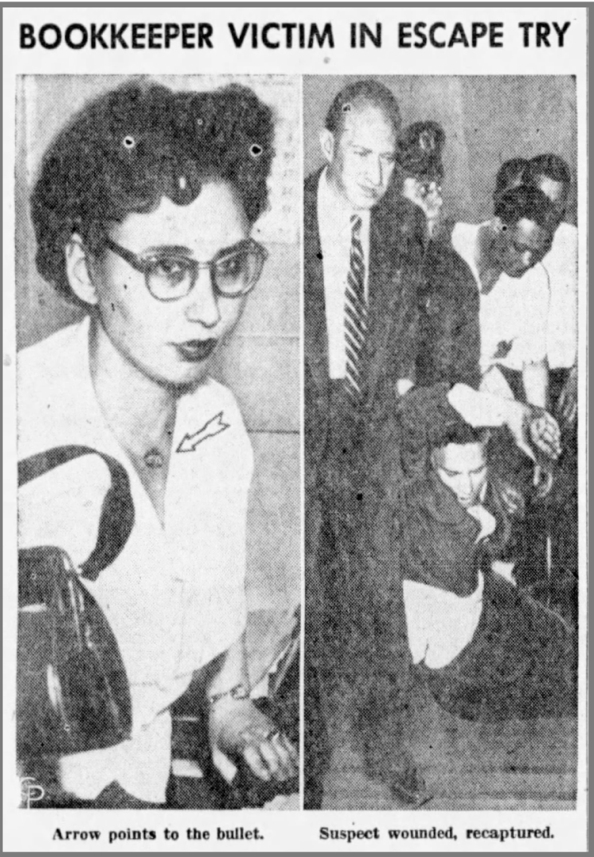 Collon was awaiting arraignment at police court when he escaped. The previous Sunday night, while still on probation for an earlier burglary, he had been caught attempting to burglarize an apartment at 202 St. Ann’s Avenue.

Two bystanders were shot during Collon’s escape attempt. Anna Marie Alers, a pregnant 19-year-old from Puerto Rico, was visiting friends who lived near the courthouse. After hearing the shots she leaned out a window and was hit in the thigh by a bullet. She was taken to Lincoln Hospital, where she was listed in fair condition.

Pauline Weidt, a 28-year-old bookkeeper for a dental laboratory on 161st Street, was working near an open window that morning, trying to catch the breeze on a hot summer day. One of the wayward bullets lodged her in breastbone. Pauline was also taken to Lincoln Hospital, where the bullet was removed and she was released.

The following day Magistrate Joseph Martinis ordered “each prisoner will be accompanied by a police officer from the pen to the bench.” Two weeks later Collon, whose condition had improved, was indicted on charges of third degree burglary and unlawful escape.

The police court operated at the courthouse until 1977 when the building was closed by the city. Currently on the U.S. Register of Historic Places, the building is under redevelopment by a private developer.

Featured photo: news photo of Pauline Weidt escorted by officers after she was shot. Collection of the author.