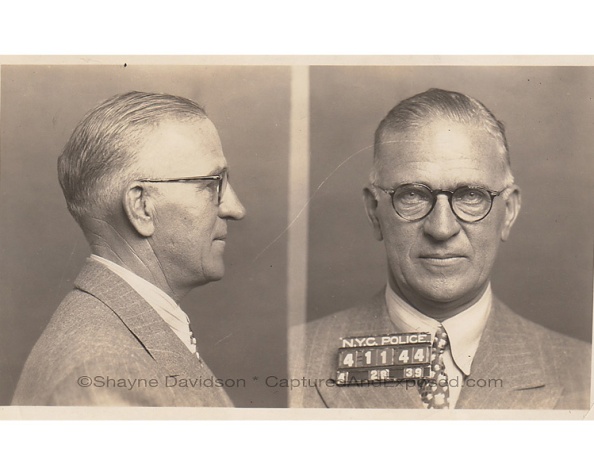 Henry King was about as squeaky clean as they come in a place as rife with scandal as Hollywood. He was married to the same woman, a silent film actress named Gypsy Abbott, until her death in 1952. He and Gypsy raised four children and lived in the same beautiful home at 645 S. Muirfield Road in Los Angeles for more than 20 years.

He came from a farming family in Christiansburg, Virginia. He dropped out of high school and worked on the railroads for a time. He stumbled into acting when he accompanied a friend to an audition and got an offer to try out for a part. It turned out he had a talent for it.

He moved on from being a theatrical actor to acting in Hollywood movies, where he got in on the ground floor, just as motion pictures were taking hold. He went on to become a film director and he worked at various studios, including 20th Century Fox. He made nearly 70 films over a career that spanned almost 40 years. He was nominated twice for an Oscar for Best Director.

He was an avid pilot who enjoyed scouting film locations in his personal plane. Though he was 55 years old when the United States got involved in World War II, he served as a deputy commander of the Civil Air Patrol.

There is no record of any wrongdoing on the part of Henry Edmondson King, in 1939 or at any other time during his long life, according to newspapers and online biographies. He was a decent man who got along with temperamental actors and demanding studio heads alike. Unlike many Hollywood celebrities, he didn’t have a big ego. He was calm on the set and efficient at his craft. Sure, he made a lot of money, but that’s not a crime in America.

The only dishonest thing he ever did that I was able to discover was to tell the occasional fib about his height. On his 1918 World War I draft registration card he claimed to be 6’2.5” tall. On a 1922 passport application he said he was 6’6” tall. His “stand-up” photo indicates he was about 5’11” but he was older when it was taken, so who knows. Maybe he had osteoporosis.

Why did the NYPD take mugshots of Henry on April 28, 1939? And they were not just any mugshots, but a set of both the standard front and side photos along with the “stand up” photo of his full body. He looks calm and composed in the photos, with an expression on his face that gives absolutely nothing away. But he was an actor so it’s not surprising that he was able to carefully control his face.

Were the photos taken as a publicity stunt for a film about crime in New York City? If so the film was never made. In 1939 King was probably working on Little Old New York, a film about the life of engineer Robert Fulton as he worked to build the first steam-powered ship in America. The movie was released in February 1940 and, according to imdb, some of the scenes in it were filmed on location in New York City.

Henry, your mugshots are very intriguing. What’s the story behind them?

The reverse side of Henry King’s mug shot photos.

Featured photos: Front and side mug shot photos of Henry King, taken on April 28, 1939 by the NYPD. Collection of the author.

© Shayne Davidson and CapturedandExposed.com, 2017-2018. Unauthorized use and/or duplication of this material without express and written permission from this site’s author and/or owner is strictly prohibited. Excerpts and links may be used, provided that full and clear credit is given to Shayne Davidson and CapturedandExposed.com with appropriate and specific direction to the original content.