New York, Oct 11 — A trim young policewoman proved to be more than a match yesterday for a husky mugger, making up in know-how and spirit what she lacked in size and strength.

Repeated reports of women being molested at a subway station in the financial district, which is lonely and nearly deserted at night, brought transit Policewoman Dorothy Uhnak, 25, to the scene.

With another policewoman and a transit cop hiding nearby and ready to aid her, Mrs. Uhnak climbed up and down the subway stairs hoping to lure a mugger. For six days nothing happened.

Finally last night a man grabbed her from behind with a strangle hold and shoved a gun in her face. She acted with lightening speed. Breaking his hold and knocking the gun from his hand, she turned on him and knocked him down. She had him sprawled at the bottom of the stairs by the time her two colleagues arrived.

Brooklyn resident John Thomas Bishop was booked on charges of felonious assault, attempted robbery and weapons law violations after his arrest by New York City Transit Authority cop Dorothy Uhnak. The event was widely reported in the news, with 6’1” John described as being “twice the size” of 5’5” Dorothy. The fact that John was black and Dorothy was white got special attention by the media.

Dorothy, a Bronx native, who was “half Irish and half Jewish” had been a policewoman for about three years when the 1955 subway capture catapulted her briefly into the spotlight and spurred her promotion to detective.

Three years earlier a photo of 22-year-old Dorothy, vaulting over a barrier in an agility course, appeared in the New York Times in an article titled “73 Girls in Shorts Take Police Tests.” She was one of a group of 138 women (out of 1240 applicants) who passed written and medical exams, making it to the final round of competitive physical tests to qualify for a job as a policewoman. Dorothy nabbed one of the 23 positions open for “aspiring women bluecoats” in 1952. Her starting salary was $3,700 per year. 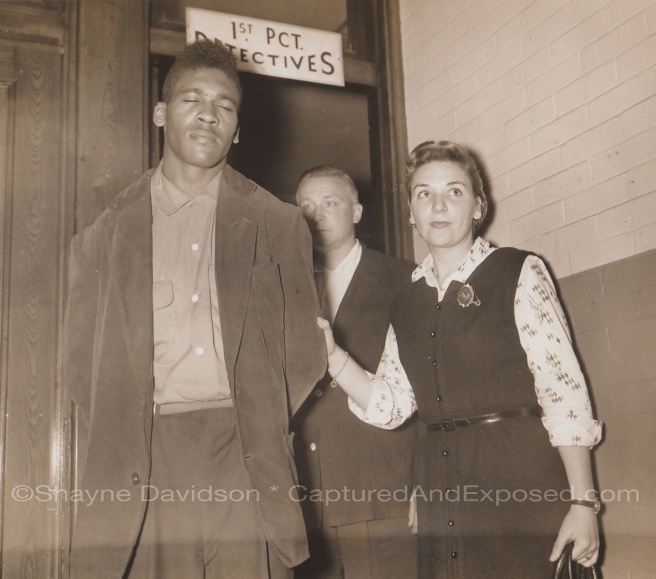 Presumably John served jail time for the subway assault, though details could not be found. According to her 2006 obituary, Dorothy gave $125 she had won in a television quiz show to John’s pregnant wife after his arrest. “I wondered what it feels like, how a criminal tells his family what he’s done,” she said to Newsday. “I felt so sorry for him when I saw his family.” 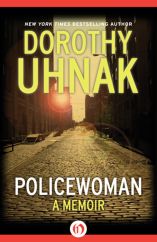 Dorothy was in the news again when her first book, a memoir titled “Policewoman” was published in 1964. In 1966, after 14 years on the force, she quit, fed up with the sexism she continually encountered. She told Newsday that she was “always chased out when something interesting happened.” She completed her college education and became a full-time writer.

Her first novel, “The Bait” won the Edgar Award for best first mystery novel in 1968 and was adapted into a TV film. The book introduced the character of Christie Opara, a female NYPD detective — quite a novelty at the time. The third Opara novel became the inspiration for the blaxploitation TV series “Get Christie Love!” starring Teresa Graves, with the race of the female protagonist changed from white to black.

In total four of Dorothy’s novels were adapted into television films, including her most successful book, “Law and Order,” published in 1973.

A pioneering policewoman and writer, Dorothy committed suicide by taking an overdose of pills at her New York home. She was 76.

Featured photo: Dorothy Uhnak and John Thomas Bishop after his arrest in the New York subway on October 11, 1955. Collection of the author.